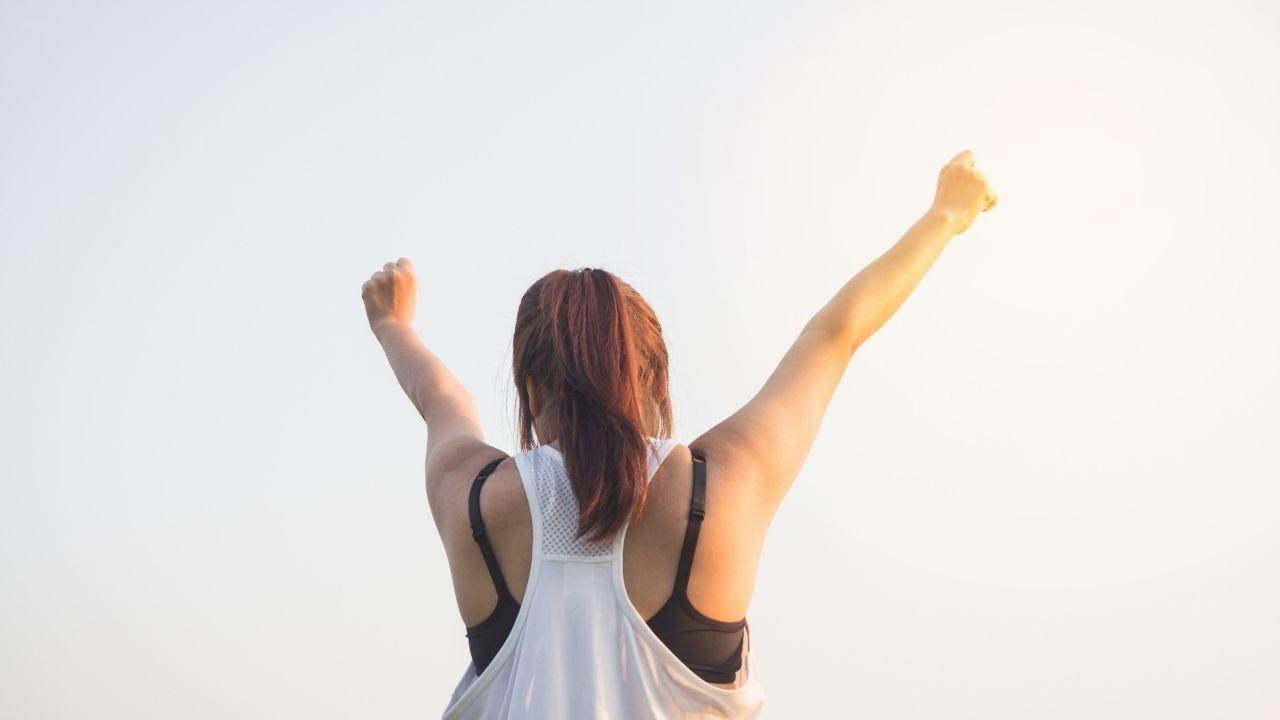 News flash: You have a caveman's mind. As do I. As did Gandhi.

As intelligent, evolved, and flat out awesome as we all are, the fact remains that, biologically, we're walkin' around with a very similar mind to our long lost ancestor, Calvin the Caveman.

No, this doesn't mean we should revert to talking in grunts and barely walking upright (though that does sound like many people I've seen in the gym).

What we need to understand is that our caveman minds have one job and one job only: To keep us alive. Not flourishing, not blissfully happy…simply alive.

In all fairness, the intention is great. I mean, I personally love being alive and appreciate that my caveman mind is doing its best to continue that streak.

The conflict, however, arises when we venture out into any new, unchartered territory.​

What our caveman minds can't do, at least not without some training, is tell the difference between danger (ie sabertooth tigers) and discomfort (ie embarking on a new, empowered lifestyle).

Let’s say you’ve mustered all your courage and launched Canine Cardigans, the doggy sweater business you’ve dreamed of for years.

Your blood is pumping, your adrenaline’s going, you’re makin’ moves. Suddenly, you hear this liiiiitle voice in your head whisper, “Who are you to launch this business? You really think you’re gonna support yourself selling dog sweaters? What are you gonna do for insurance? How are you gonna pay employees? Do you even know how to do payroll?”

If you’ve ever attempted anything new in your life (and I’m gonna assume here we all have, though the degree of risk may vary), you know firsthand that this little whisper is often enough to send us running right back to our comfort zone like a toddler to his blankey.​

So let’s shine the light of awareness on what’s really happening when that voice is seemingly crushing our dreams.

By understanding the reasoning behind it, we can then reinterpret its meaning.

Your mind has a database of experiences. That database contains every single thing you've ever done or attempted to do. It looks to this database for evidence of what’s “possible” or “impossible.”

The thing is, it’s labeling things as possible or impossible simply off the fact of whether or not you've done it before. ​

When you declare that Canine Cardigans is opening its doors six months from now, your caveman mind immediately searches through its database of experiences. When it sees that you have not, in fact, ever run a business, handled payroll or hired employees, it gives you the fat ol’ no go.

If you’ve never done what you’re setting out to do, your mind deems it impossible and will do everything in its power to convince you it can’t be done.

To your caveman mind, new territory = death. Makes sense why it’s so insistent.

The beautiful thing is, we can make the choice to redefine what fear means.

If you’re conscious of the reason why your mind is reacting the way it is, you can choose to use that voice as a sign, instead of a dream crusher.

The next time you set out to do something new and kicka$$, know in advance that the voice of fear is a-comin’. When it does, recognize it as an indicator that you’re on to something big. It means you’re breaking out of your comfort zone, stepping out of the rat race you’re currently in, and about to do something powerful.

Thank it for giving you the heads up, politely tell it you’ll take it from here…and go on wit yo bad self.

Ready to take control of your health once and for all?

Get Becoming MindStrong delivered to your inbox!

We hate SPAM. We will never sell your information, for any reason.